I walked past Ishita’s house, it had been days since I had last seen her or talked to her. I was not sure why she wouldn’t open the door, why she wouldn’t reply to my texts or why she wouldn’t pick up my call. I was frankly a little afraid, from the most cheerful, kind and innocent soul type of person, it was hard to imagine getting ghosted.

I went up to her house once again, as usual, and knocked and knocked. I knocked till my knuckles were scarred, until my heart started crying from the desperation and worry it had been holding for the past week. She was the only person I had, and I was the only one she did. I broke down in front of her yard, in the middle of the street, crying, practically howling. Weird thoughts would haze my mind often, wondering what if… something wrong had happened.

I could no longer take it. Clash! Her window shattered from my flying stone. I climbed in.

I saw her with a grey sweatshirt, her phone lying beside her, muddy face, she sat in a corner, hugging her feet with her back on the wall. I was hit by an overspeeding truck of emotions. Glad I finally saw the only human being that didn’t think I was a loser? Perplexed why in the name of God she wouldn’t open the door? Anxious to hear what had happened? And scared to hear what had happened.

She was sleeping, I silently dumped my school bag on the couch and went towards her. She woke up.

“Oh, mom and dad would be home any second.”

“We better clean up this mess before that.”

Too afraid to ask her why exactly her house looked like it had been through a hurricane, I helped her get the things back in order. “Hey, this photo frame is cracked. Do you want me to throw it away?” I asked.

I handed it to her. It bore a photo of her dad in an army uniform, standing with a younger Ishita in her arms, with her mom beside her.

“Oh”, she said as her eyes closed shut. Tears trickled down her cheeks onto her sweatshirt which was already quite numb.

She retreated into the corner, the broken frame pressed tightly against her heart, the sharp glass ready to poke into her flesh. I snatched the frame away and threw the glass pieces in the dustbin. She still clung to the photograph.

“He left me behind,” she said, with a slight smile on her face.

“HE LEFT ME BEHIND!” she shouted and burst into tears.

The bell rang. It was her grandmother.

“Child, your mother is unstable right now, the psychiatrist says another week ought to do her some good.” said her grandmother, bursting into tears herself.

I sat there, what was happening was obvious, but my brain wasn’t in a mood to accept it.

“At least he died a hero’s death, killed 2 Pakistani soldiers before the bullet did him!”

I hugged Ishita with both my arms. I called my mother and told her everything that was going on. She brought her car and Ishita and her grandmother were safely ushered into our house. They stayed with us until a month after which the private therapist suggested that they be settled back in their own house again.

We helped Ishita and her grandmother settle in, phoned in to find her mother was coming back in a few days as well. Time passed, wounds healed, life went on.

On the other side of the border, from Ayesha’s eyes:

I walked past Salima’s house, it had been days since I had last seen her or talked to her.

I went up to her house once again, as usual, and knocked and knocked. I knocked till my knuckles were scarred, until my heart started crying from the desperation and worry it had been holding for the past week.

I could no longer take it. Clash! Her window shattered from my flying stone. I climbed in.

“HE LEFT ME BEHIND!” she shouted and burst into tears.

“At least he died a hero’s death, killed 2 Indian soldiers before the bullet did him!”

War? I have never understood its concept.

Centuries of development, hard work, sweat and blood are one of the very few things that have formed the society that we live in today. And yet after such levels of development, humans are ready to burn it all to ashes on the ground. Killing soldiers and civilians in the name of land, religion, whatnot. 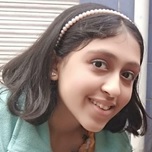 Ayushi Jain is a high school student from Amity International School, Gurgaon, India. She is the prefect writer of her school newspaper, The Global Times. She spends most of her day studying chemistry, cycling, reading Rick Riordan’s and writing of course!