Book Review on Thomas B Hansen’s ‘The Law of Force: The Violent Heart of Indian Politics’

The Gradual escalation of cultural and social vigilantism has become normalised after BJP consolidated landslide victory in 2014. Violence is a foundational element of Hindutva – as ideology and as political action. But the routinisation of violence in Indian political sphere is not only the making of BJP and its parent organisation RSS. The legitimization of Violence in India has been a long-term process. There may be differences in scale but its acceptence in Indian political sphere is not an overnight phenomenon but a slow process adopted by the illiberal mainstream parties and maximised by the BJP. Post independence Indian political history has been shaped around the traumatization of partition which is often characterised as the culmination of Hindu- Muslim antoganism and the foundational moment of violent politics in India.

Much scholarly attention was paid how violence in immediate post partition period has shaped the trajectory of socio- political landscape of Indian political culture. However, it is in late 80’s when discourse on violence become the central focus in the study of state politics. The rise of regional movement, lower caste mobilisation and Hindu Nationalism has provided a wider framework in analysing the new grammar of violence in Indian politics.

The book under review, The Law of Force: The violent heart of Indian politics by Thomas Blom Hansen professor of Anthropology, and chair of the Department of Anthropology at Stanford University makes the reader understand that violence has been of foundational importance in Indian politics and practical governance and policing for many decades. It examines the factor how violence has acquired central stage in India’s Political life in both colonial and Independent India. Hansen has written extensively on Hindu Nationalism which also covers the violent politics of Shiv Sena in Maharashtra based on ethnographic work. In this book too he uses ethnographic vignette to carry out the proper assessment of Indian democracy.

Hansen moves beyond the conventional conceptualization of Indian democracy as Miraculous narrated by post colonial scholarship. He seeks to explore how Indian democracy has been ineffective in translating the spirit and values of the constitution into a foundation for the country’s public life. It also discussed the discrepancy between liberal language of rights in the constitution and the largely illiberal way in which the ‘ force of law ‘ is visited upon non- elite Indians by the country’s political power. Sense of collective dignity and Injury intensified by vernacular public across the India has facilitated the rise of popular politics of passion and action which has made the displays of public anger and public violence into the most effective means of political expression in the country .Since 1990s onwards the vocabulary of Majority has acquire a stronger, affective and moral force and begans to challenge the political parties attracting votes across different communities and minorities in order to consolidate a legitimate political majority.

Hansen aruges that the ‘force of law’ is applied in deeply unequal ways and equates the ‘force of law’ as “law of force”. According to him decades of dynamic electoral politics have gradually established popular sovereignty as a dominant idea: only those who can win the hearts and support of the majority will be able to rule, and manage the expectations, the anger, and the potential for violence, of this majority.

The book analysis the implication of powerful language ideologies which promises to overcome the sense of inferiority and developed cultural intimacy amongs the group in unprecedented way. The linguistic movements of the 1940s and 50’s had mobilized powerful sentiments on the assumption of an inherent superiority led to standardisation of vernaculars, resulting in “segmented publics”, which became an enabling condition for the phenomenal rise of Hindu nationalist sentiment and discourse in the 1980s and 1990s.

The book primarily investigate the reason how violence is defined, performed, justified across widely differing linguistic and social worlds. It envisage the violence as a form of moral transgression that demands attention and generates reaction. With the passage of time violence as form communication and a repertoire of public performance violence has become deeply intertwined with institutional aspect of India’s modern publics such as newspaper, news channels and social media.

The book states the fact that the vernacular ideas of popular soverginity is the mightiest political forces in India and it’s illusionary to think about the supremacy of law and state in India. Notion of the right to rule by the people have taken deep root which forms a peculiar majority surpassing the close affinity of caste, class and religious communities.

The books in its concluding part emphasised on the new substantilization of caste communities which took shape along with a renewed focus on myth and origin has made it illiberal and paved the way for the consolidation of power for BJP in 2014 and 2019 General Assembly Election. BJP’s tremendous victories owed much to the systemic recruitment of aspirational leaders from lower castes who saw the BJP as a possible vehicle for further respectability and mobility.The BJP and its allies have ingeniously weaponized the sentiment of anger, victimhood and xenophobic violence against Muslims in various part of the country to hide its underpeformance in the Governance and economy. The humiliation of Tablighi jamat and the acquisition of Corona Jihad on Muslims marks a new and unprecedented step towards all out stigmatization and reflects how violence lies at the core of the Indian public life. Interrogating such a wide dimensions of violence and a searing critique of the illiberal forces of Indian democracy this book makes the reader to rethink about the language of violence in a certain way.

Title: The Law of Force: The Violent Heart of Indian Politics

About the author: Thomas Blom Hansen is the Reliance–Dhirubhai Ambani Professor of Anthropology, and Chair of the Department of Anthropology at Stanford University. He has written on Hindu nationalism, Hindu–Muslim conflicts, and urban politics in India, as well as melancholia, memory, and cultural politics in post-apartheid South Africa. He is the author of The Saffron Wave: Democracy and Hindu Nationalism in Modern India; Wages of Violence: Naming and Identity in Postcolonial Bombay; Cool Passion: The Political Theology of Modern Convictions; and Melancholia of Freedom: Social Life in an Indian Township in South Africa, as well as a number of edited collections, most recently Majoritarian State: How Hindu Nationalism is Changing India (edited with C. Jaffrelot and A. Chatterji). 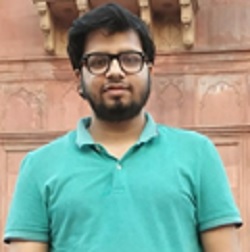 Get Your Book Reviewed If you have a book review on a book, send it to us. We will publish it free. We don’t charge any fee for publishing. The quality of your article will decide whether your article will be published. If you want us to review your book, we charge for this. We have a good number of review writers with us. We have different review writers for books of different genres. Our reviews are gaining recognition among the publishers, journals and academia for fair and high quality reviews. Write to: clrijournal(at)gmail.com Contemporary Literary Review India