Women's liberation is an analysis of the overarching social conditions, which have avoided ladies from the predominant male culture, social, political and scholarly interests. Innovation is plainly clear in the development of the new lady composing. The distinctions are prominent in the spearheading work of pioneer women journalists. This paper exertion will make an investigation of the changing jobs of ladies in Indian culture by thinking about Anita Nair's The Better Man, the writer of the Post free time who have skillfully and adequately introduced the binds which are forced upon them and keeping in mind that battling against these issues, how they leave their customary jobs as a mother, little girl, sister or more all as a spouse or a home producer and obtain numerous unheard of and novel jobs like educator, social laborer, social dissident, representative or corporate identity and some more. Frequently female characters are settled by sexual orientation generalizations with the goal that their endeavors to rise above this position are regularly addressed. With the swing from medieval man centric society to business visionary middle-class male-controlled society, the life of societal relations has corrupted, and vivacious distinction, egotism and self-government have advanced as the urgent individual factors in the social relations. When all is said in done, female characters are quieted notwithstanding their persecution under a man centric framework. Women have not exclusively been denied presence as total individuals, physically and rationally set to perform on a libertarianism with men, yet in addition penniless of the chance to offer articulation to their emotions, their feelings of trepidation and their misery.

Dr Binny Mathew is currently serving as an Assistant Professor at the Department of English., St Berchman’s College, Changanacherry, Kerala and a Ph. D Research Guide at Mahatma Gandhi University, Kerala, India. Born in Kerala, India earned his Academic Degrees of Doctor of Philosophy in English and Degree of Master of Arts in English at DR Bhimrao Ambedkar University, Agra, India. 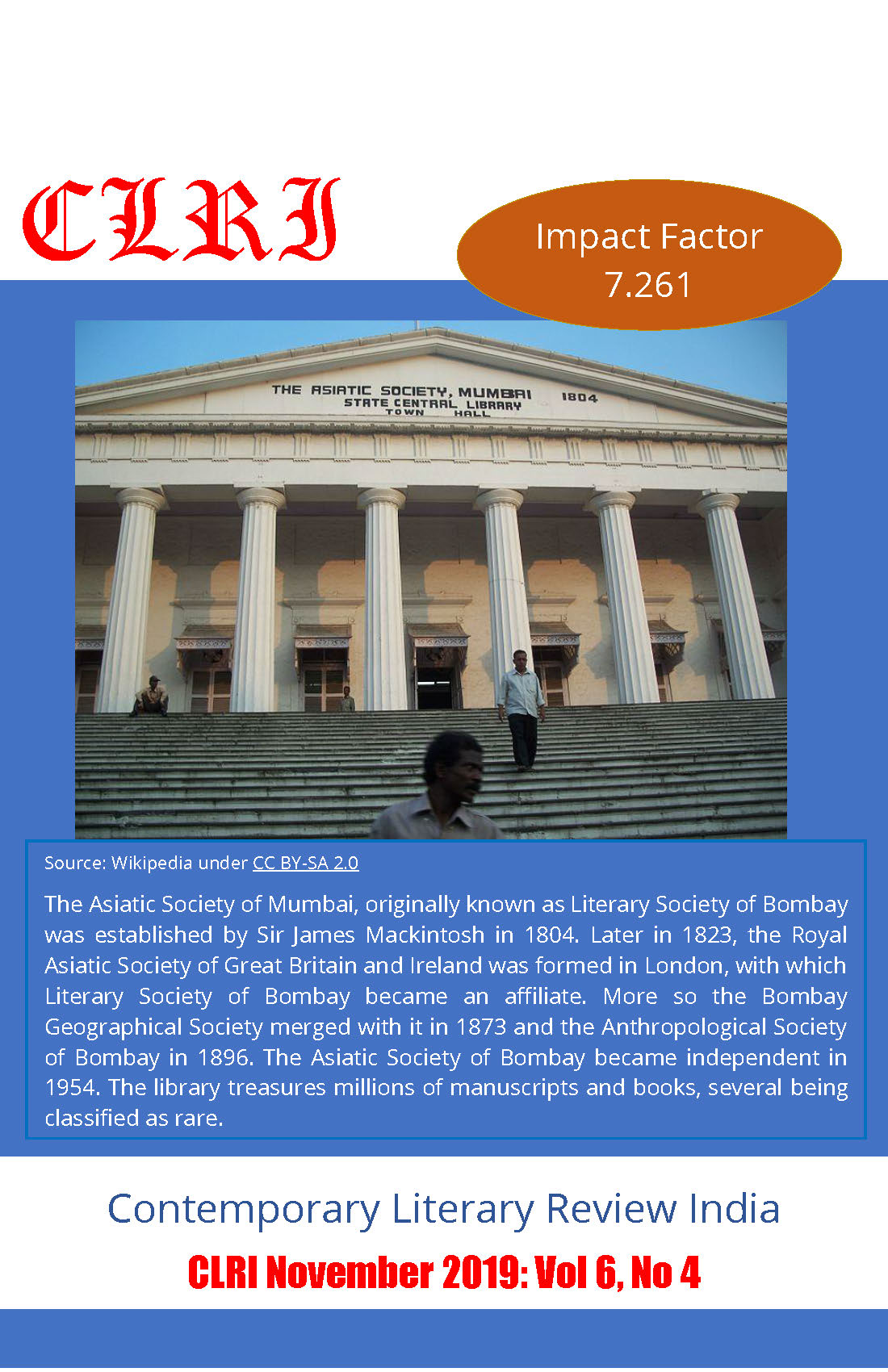