Poet and editor, Alessio Zanelli, born in 1963 in Cremona, Italy, has long adopted English as his creative language. His work has been published widely in journals both at home and abroad. His previous collections include Loose Sheets (Upfront Publishing, 2002); Small Press Verse and Poeticonjectures (Xlibris Corporation, 2003); Straight Astray (Troubadour Publishing, 2005); 33 Poesie / 33 Poems (Montedit, 2011) and Over Misty Plains (Indigo Dreams Publishing, 2012). He is the former poetry editor of Private Photo Review, an international magazine of b/w photography and short writings, and the Italian Stanza Representative for The Poetry Society of London. In addition to poetry, his interests include painting, scenic photography and long-distance running.

Neil Leadbeater is an author, essayist, poet and critic living in Edinburgh, Scotland. His short stories, articles and poems have been published widely in anthologies and journals both at home and abroad. His publications include Librettos for the Black Madonna (White Adder Press, Scotland, 2011); The Worcester Fragments (Original Plus Press, England, 2013); The Loveliest Vein of Our Lives (Poetry Space, England, 2014), Sleeve Notes (Editura Pim, Iaşi, Romania, 2016) Finding the River Horse (Littoral Press, 2017) and Penn Fields (Littoral Press, 2019). His work has been translated into several languages including Dutch, French, Romanian, Spanish and Swedish. 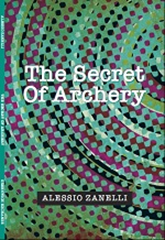