His collections of poems include City Times and Other Poems (1993), Making A Poem (2004) and Poetry Manifesto (New & Selected Poems) (2010). His Gujarati collection of poems titled Jeevangeet (2001) is dedicated to the cause of victims of Gujarat Earthquake, 26th January, 2001.

Dr Dalip Khetarpal worked as a Lecturer in English at Manchanda Delhi Public College, Delhi. He worked in various capacities, as Lecturer, Senior Lecturer and HOD (English) in various academic institutes in Haryana.

He was a Dy. Registrar and Joint Director at the Directorate of Technical Education, Haryana, Chandigarh. Dr. Dalip has also started a new genre in the field of poetry, which he would like to call ‘psycho-psychic flints’. 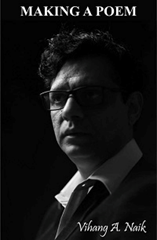